Roger Casement was arrested, trialed and executed for his part in the Easter Rising in 1916. Casement’s treason against the British government is an open and shut case.  But this traitor to the Crown is a complex and contradictory figure:  a knight of the realm, an Irish protestant, a British colonial diplomat, and the man who heroically and famously exposed and reported evidence of genocide and slavery in the rubber trade in the Belgian Congo and South America. As the bloody aftermath to the rising plays out and thousands, many of them Irishmen, die at the Somme, there is the question of what to do with this inconvenient Ulster man. And what to do with the evidence uncovered that Casement is an active homosexual?  Will it be used to destroy him? Was Casement a hero, a martyr, a traitor or perhaps all three?

My poster concepts were based around the stories of betrayal and faith, which question the morality of the trial. I used the treatment of scratching out the eyes of the photos to represent the violence and hate against people we once loved. The pink cross represents the cover-up, religion and the betrayal of his accusers. Pink is often a colour associated with gay men, but also of punk rebellion. (Student project as part of studies) 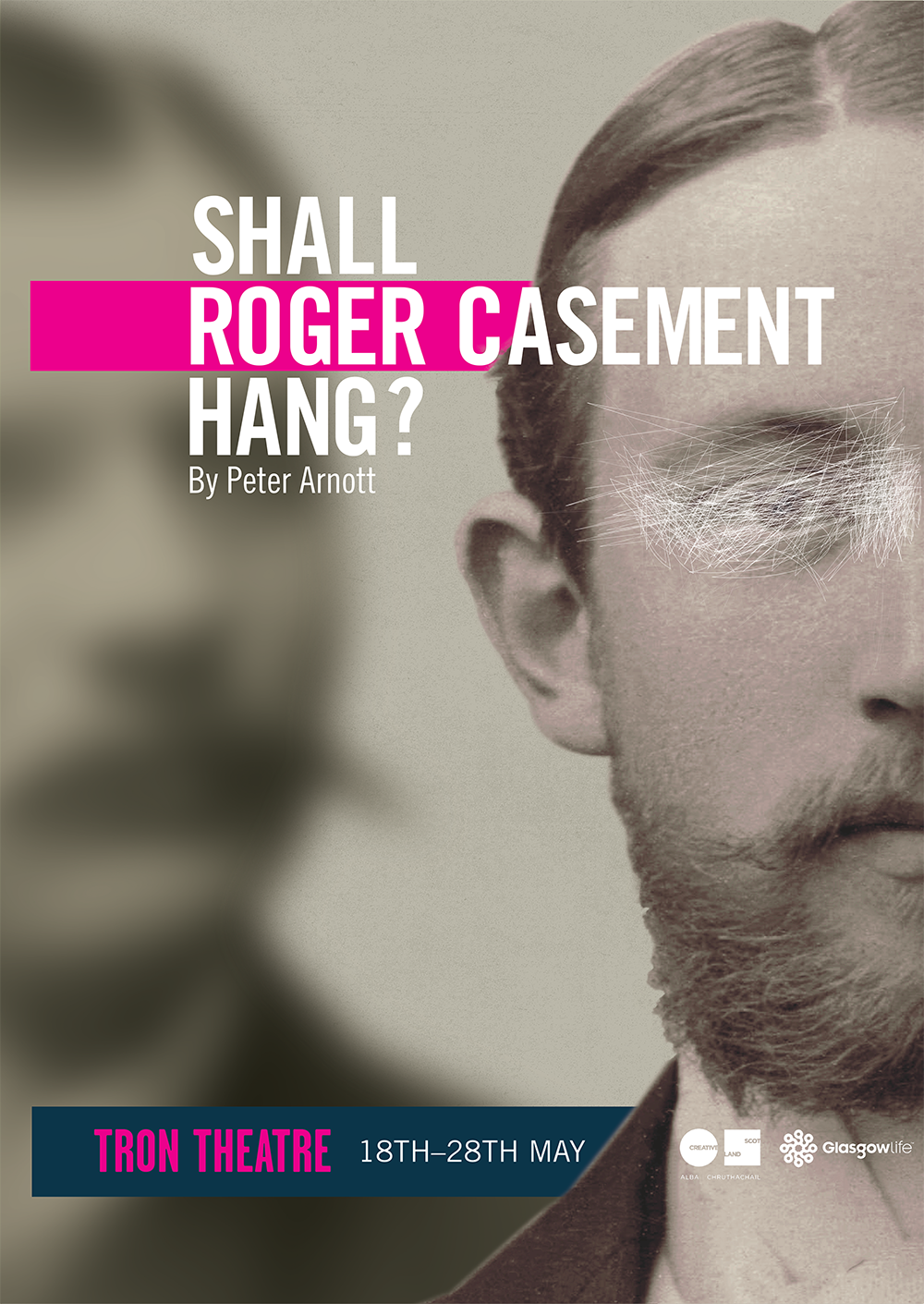 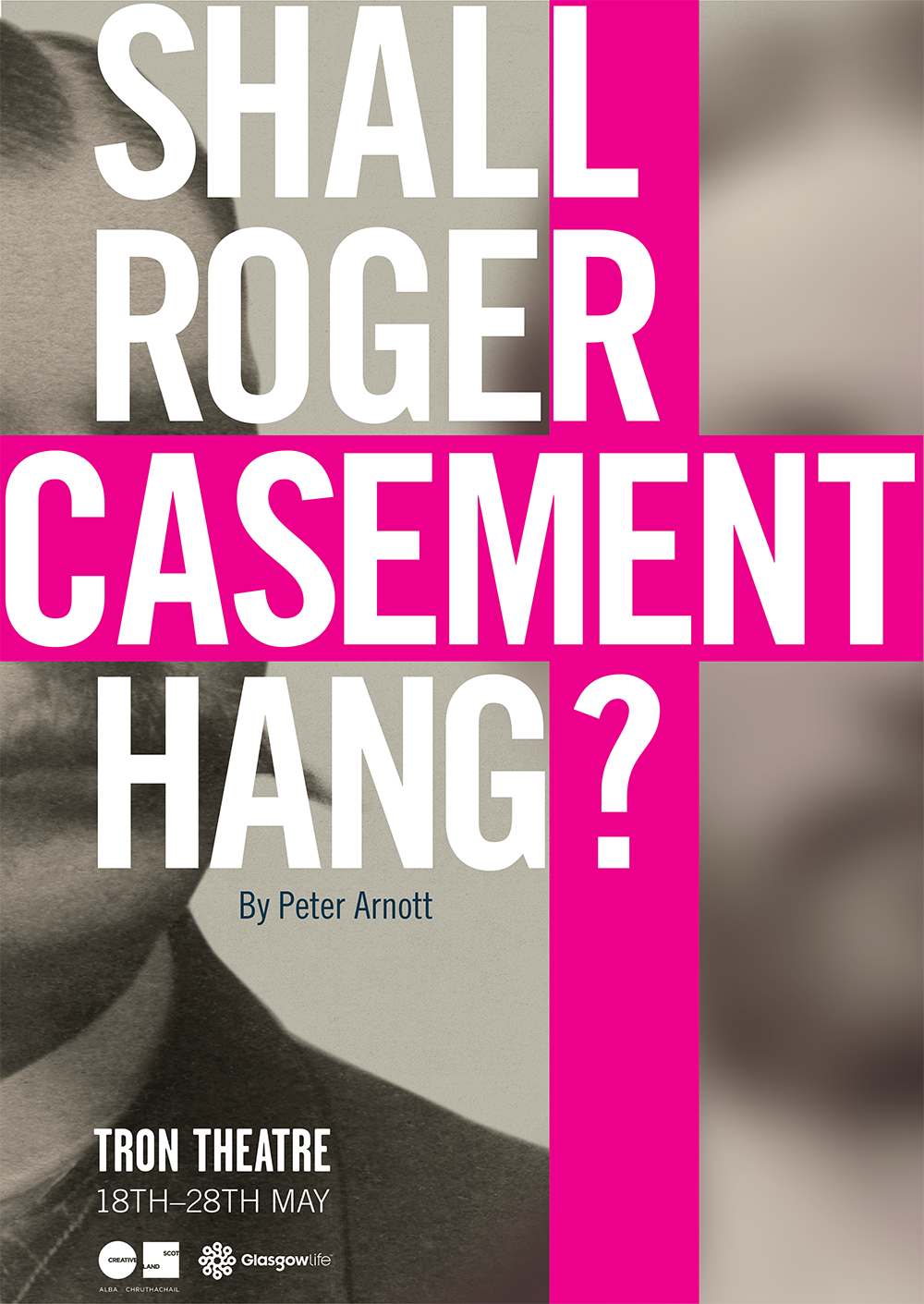 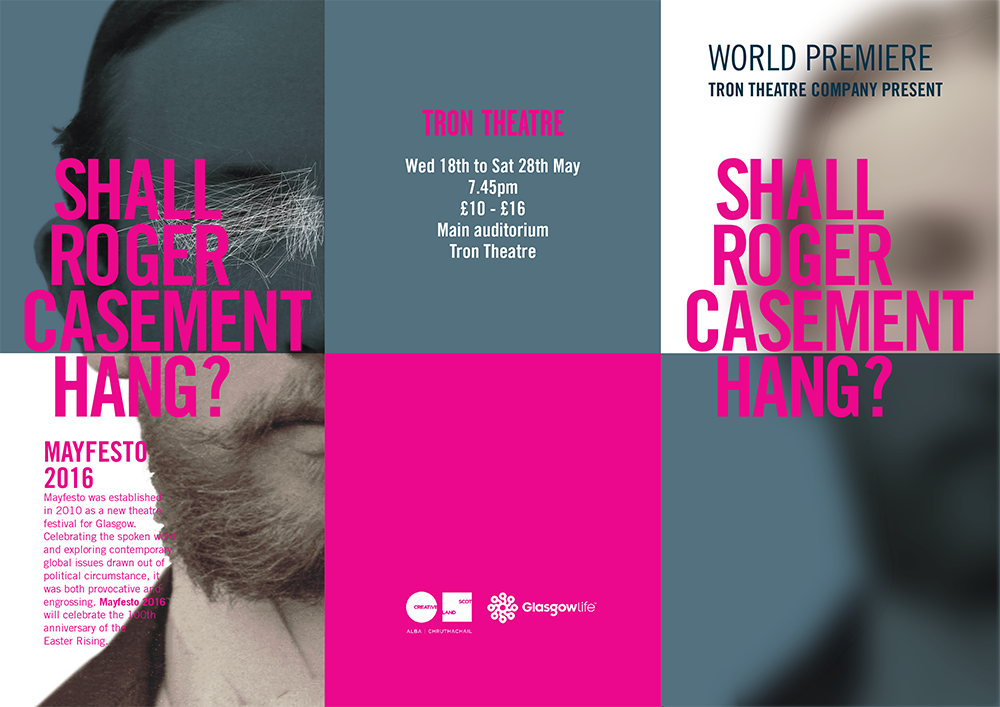 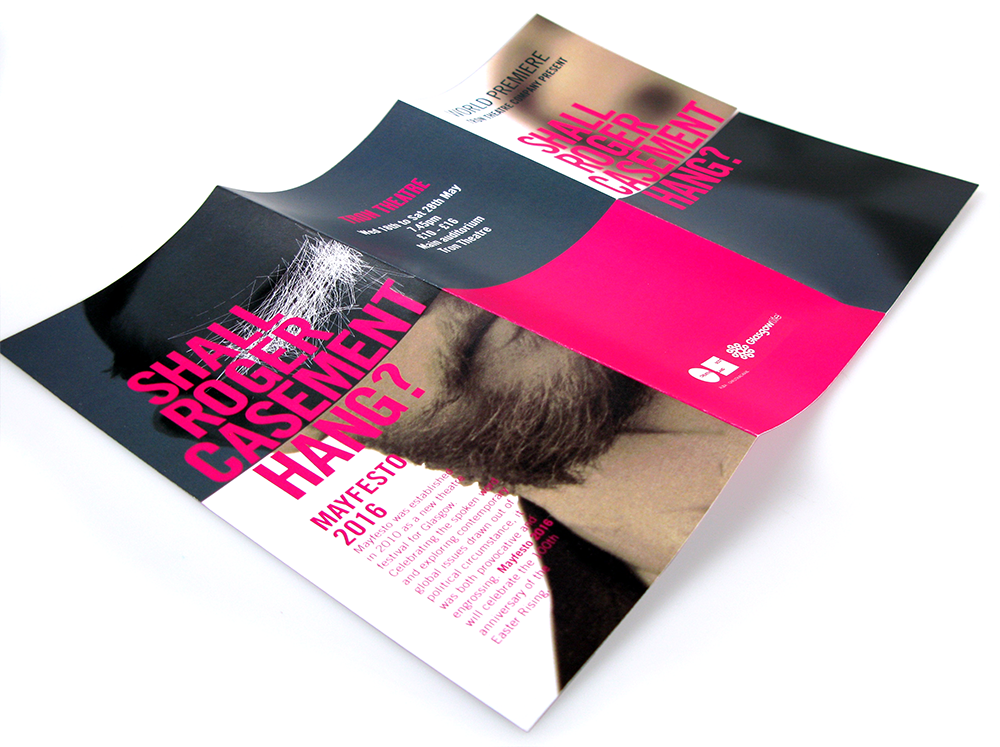 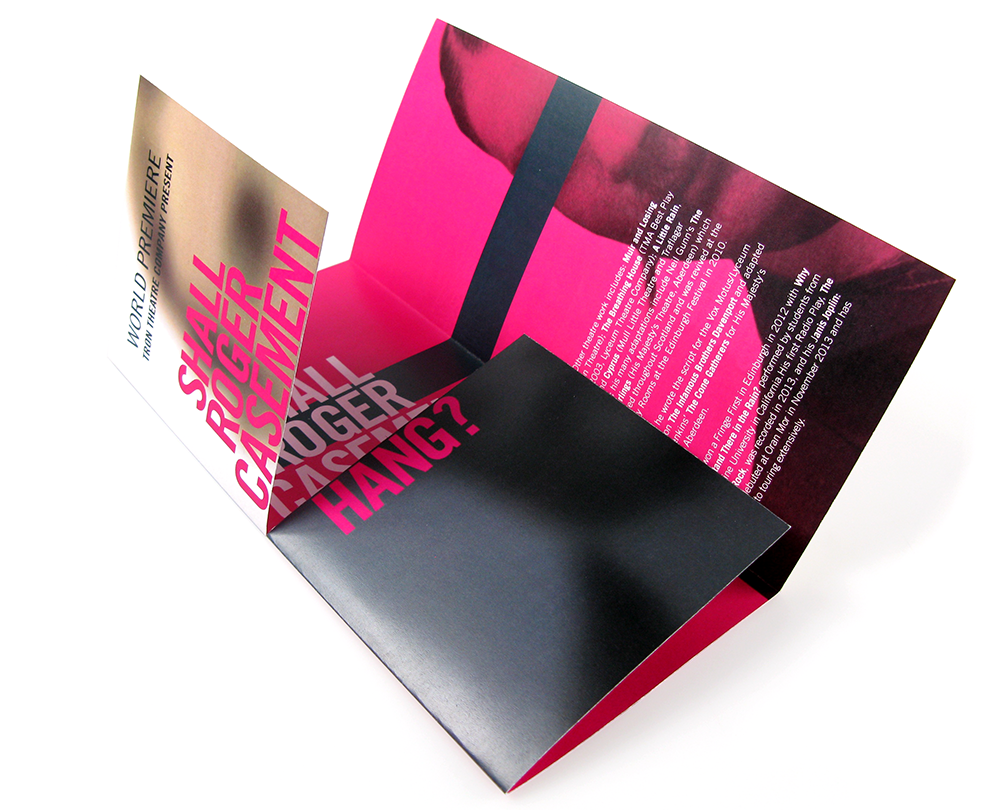 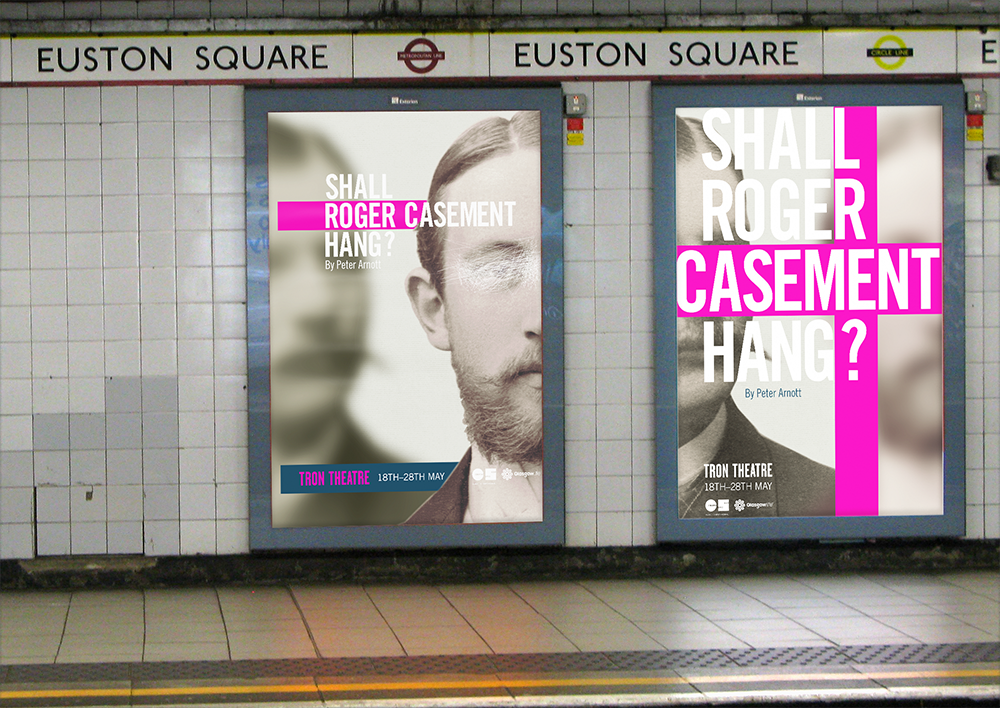 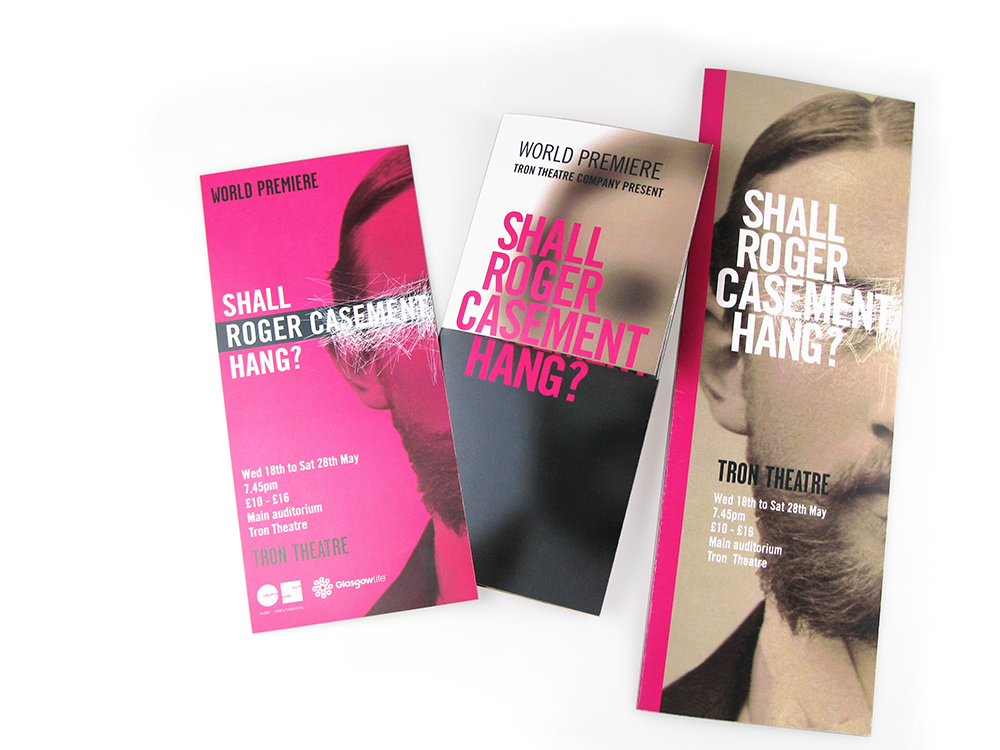