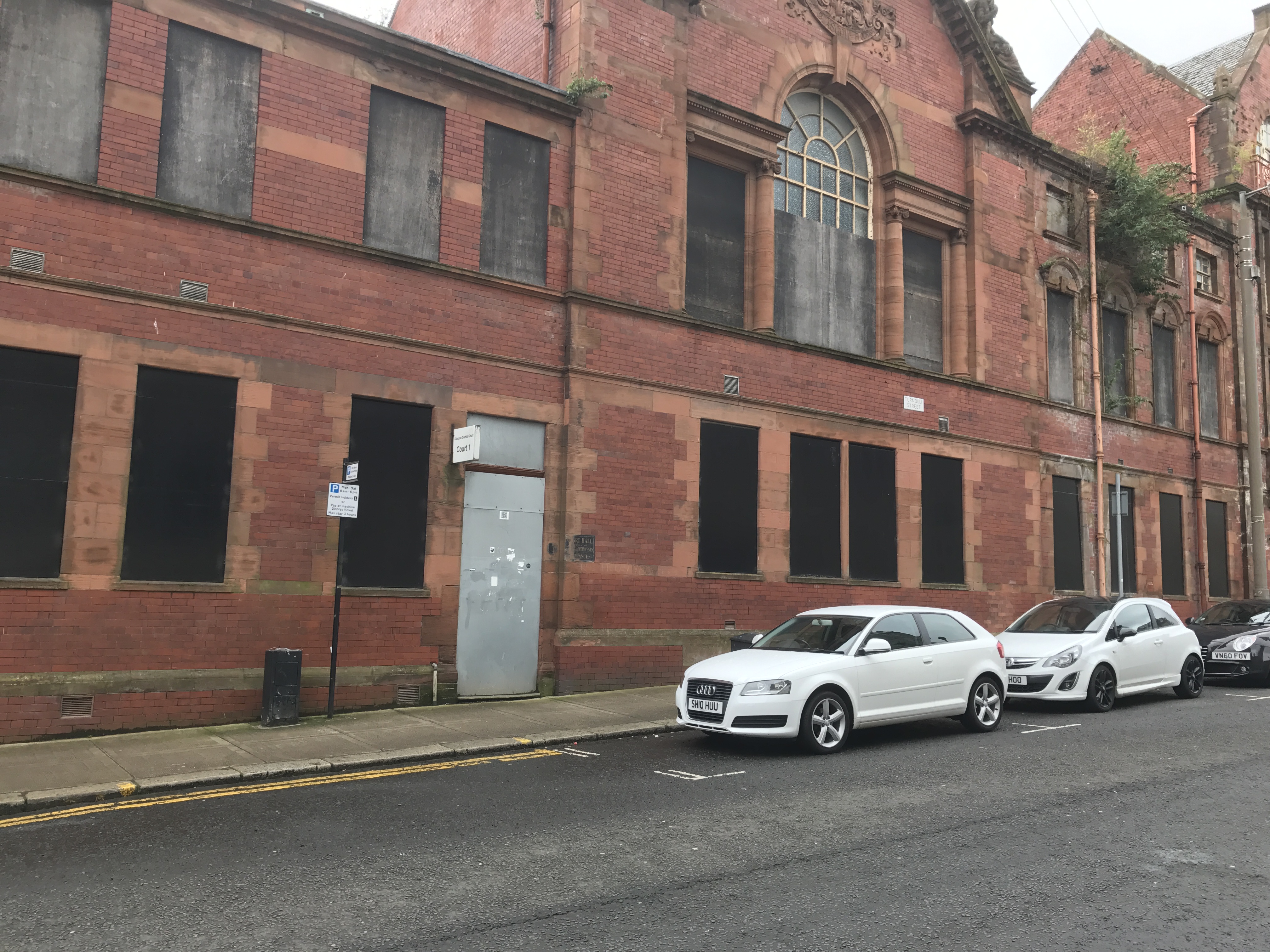 The old derelict Glasgow City court, on the corner of Turnbull and Andrews Street opposite the Andrews Square, and close to the Glasgow green has this fantastic hand painted, black and gold sign on the witness entrance. This amazing building was designed by Alexander Beith McDonald (1847-1915), he also designed many of Glasgow public buildings. When it opened in 1906 it was the Central Police Office, Glasgow District Court and later the Police Museum, until its closure in 2008. There are rumours this site might be a luxury hotel soon, the last offer was knocked down by council to turn it into apartments as the plans wanted to tear part of it down! Lets hope the new plans include a restoration?