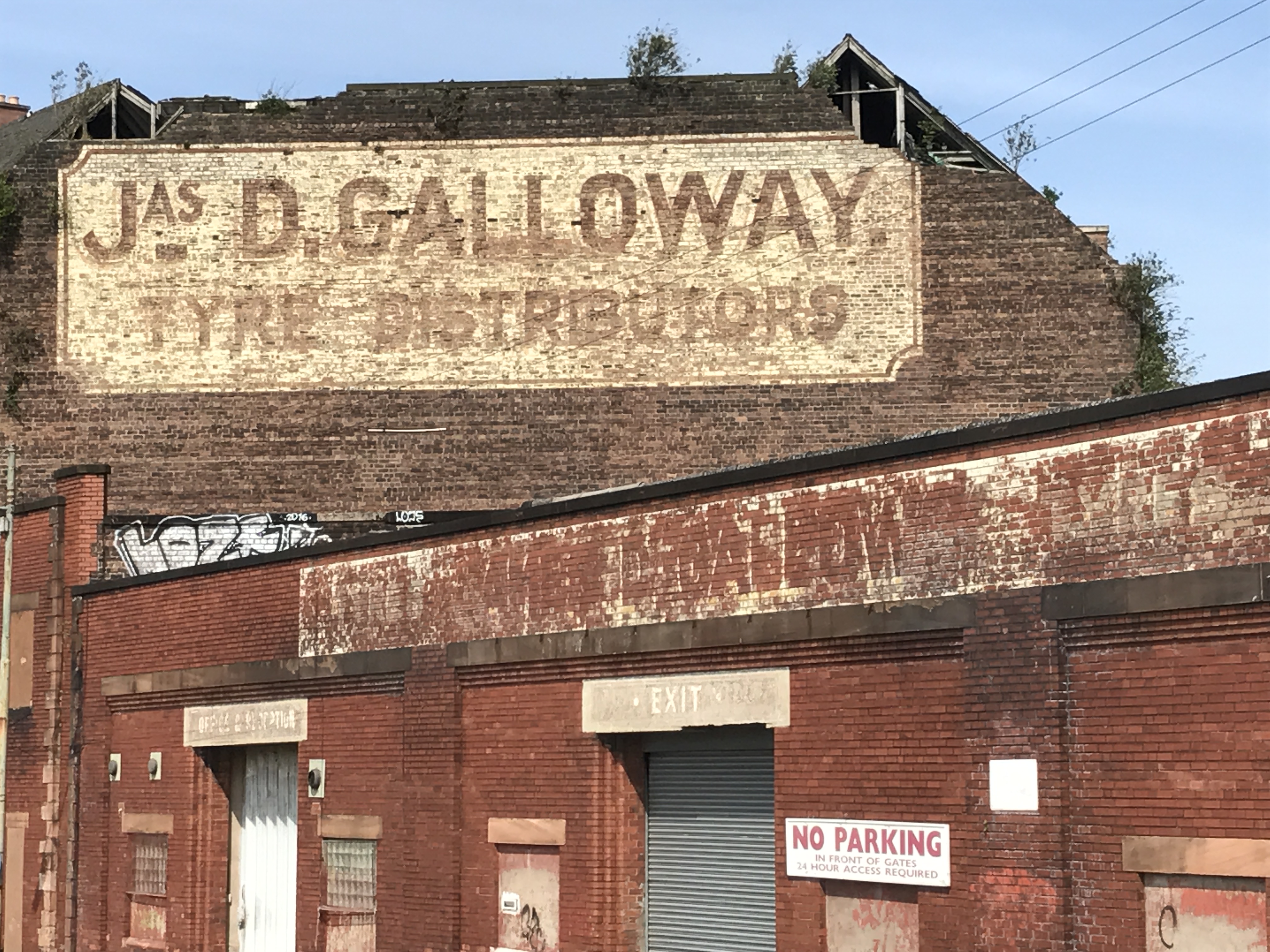 Nestled in Glasgow’s East end, not too sure how far back this sign in Hunter Street dates from. But we do know the Jas, stands for James, I have found references to the name dating back from 1914 as an engineer. originally I thought the sign was painted in the 1930’s, although I recently received an email from Gorgon Galloway who is the grandson of the original owner of Jas D. Galloway’ Garage. Gordon confirmed that the Sign was actually painted between 1968 -70. Thanks for getting in touch Gordon.