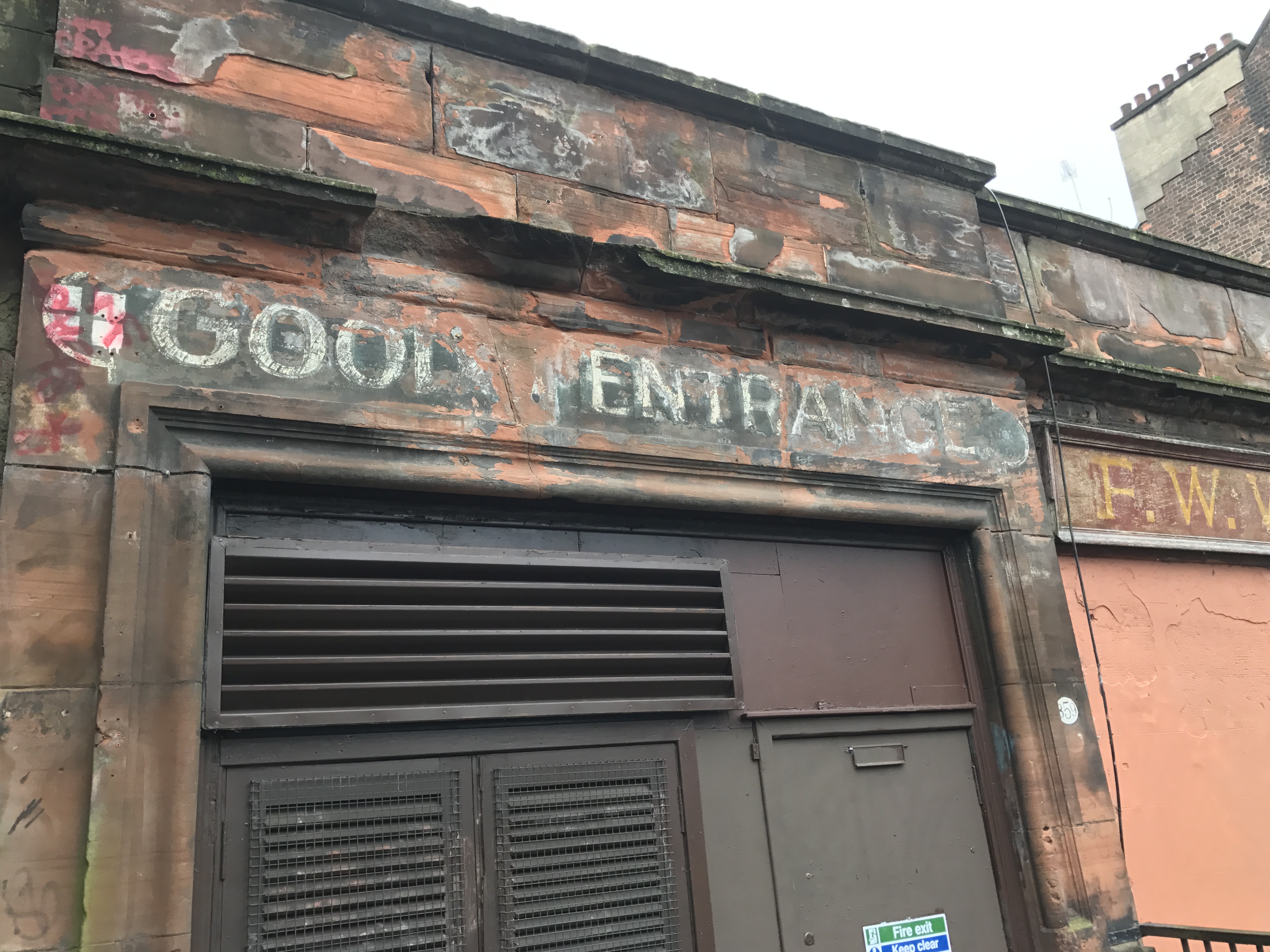 This was originally the goods entrance of the Woolworths store, on Renfrew Street. The shop’s front entrance was on Sauchiehall Street. In 2009, the store closed. The first store by the Woolworths company in the UK was opened in Liverpool. Initially the F.W.WOOLWORTH’S company was owned by American, Barbara Hutton – the poor little rich girl, until the British took it over in the 1930s. This is probably the time that this sign backdates to.