“Was blackletter an influential factor in Nazi Germany’s emergent ideology during WWII and did its subsequence ban influence cultural change in typography thereafter?”

I choose this topic because of my interest in typography and also history, and to discover how much of an influence design has over our choices in life.

The final design and layout was inspired by the Nazi’s very own design manual Organisationsbuch
der NSDAP. Its three colours were based on the Nazi logo. Black and white photos in half tone represent the newspapers, which spread the propaganda, and layout was inspired by propaganda-style posters of the time. Typography used shows the contrasts between the new and old typographic styles of the period. 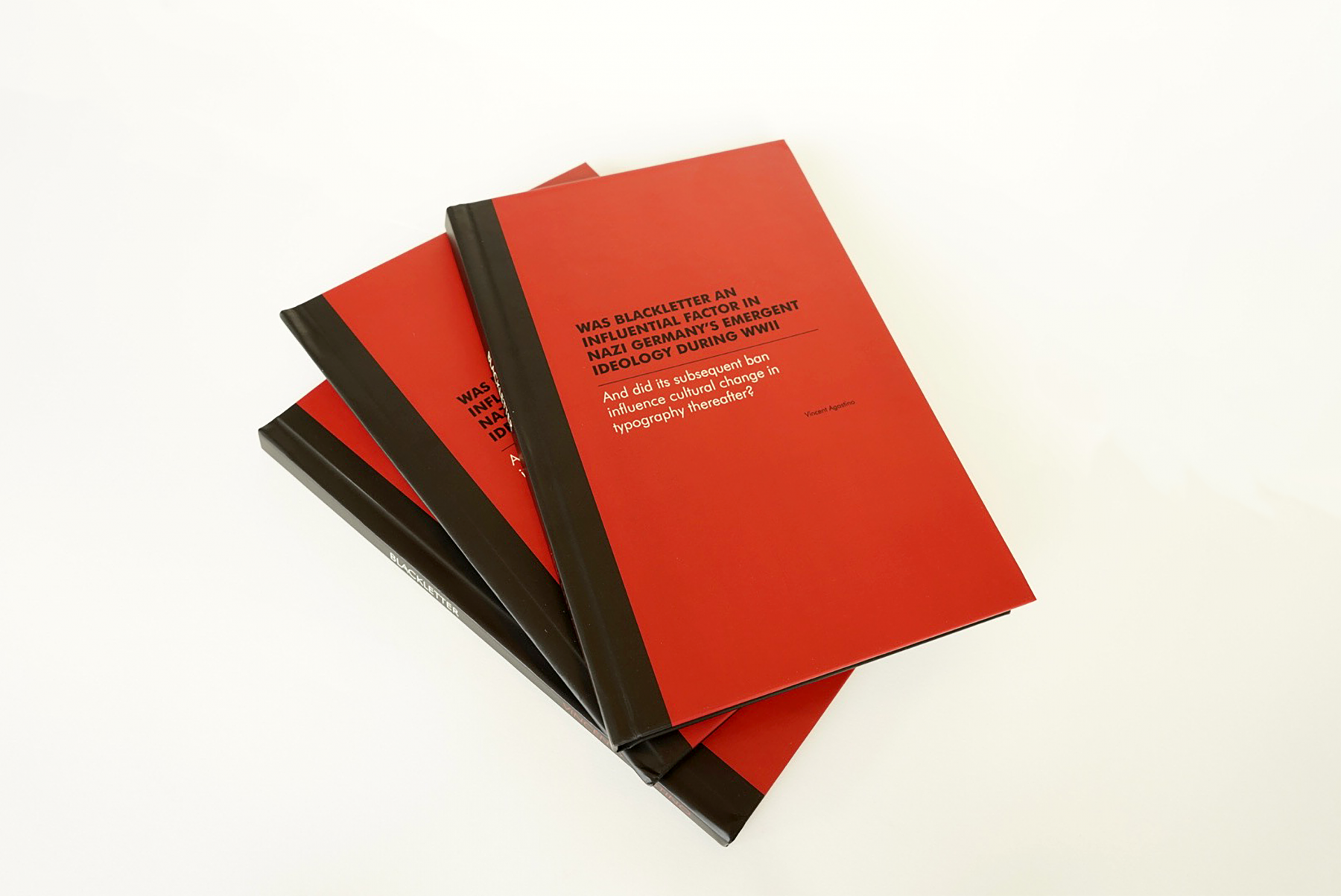 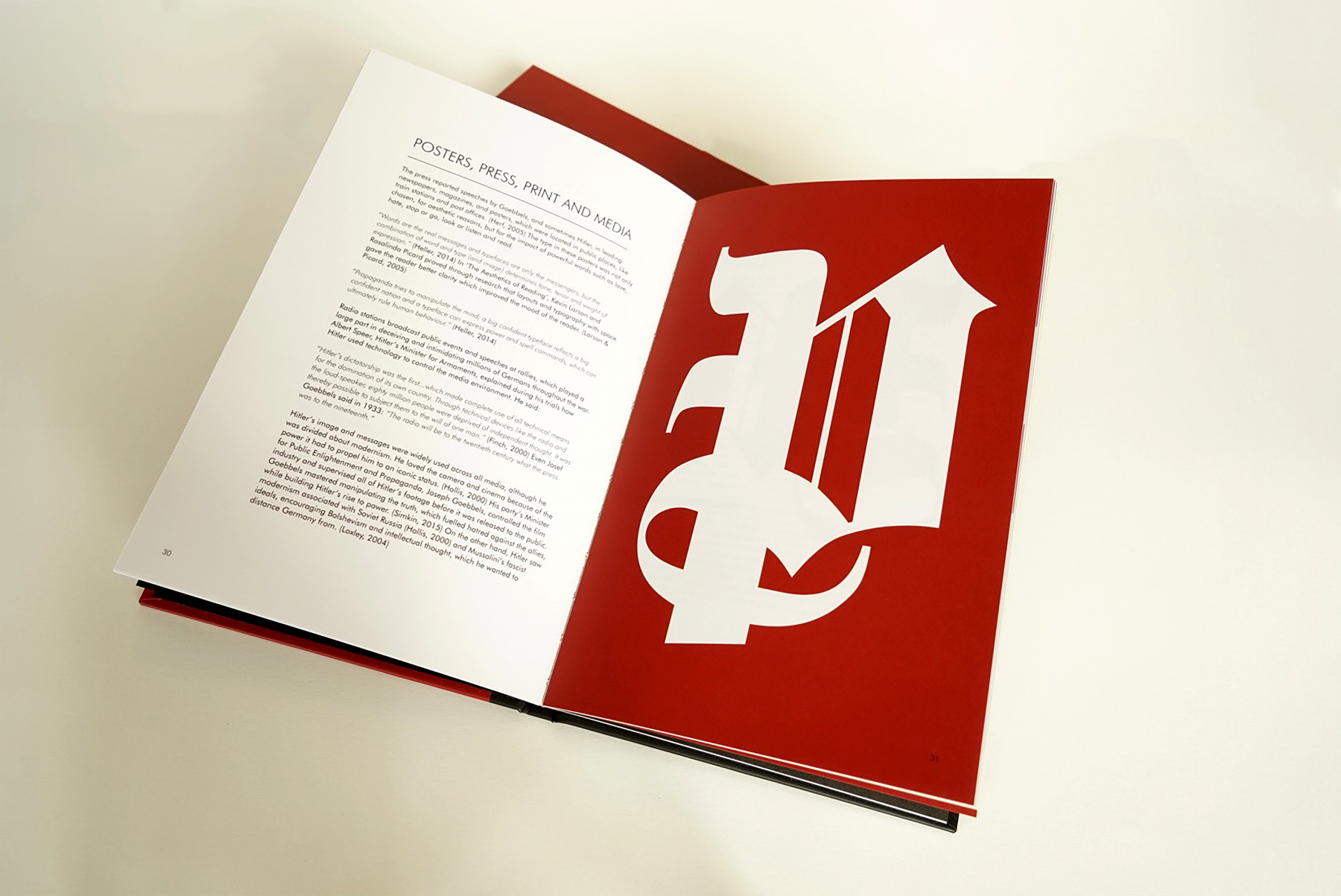 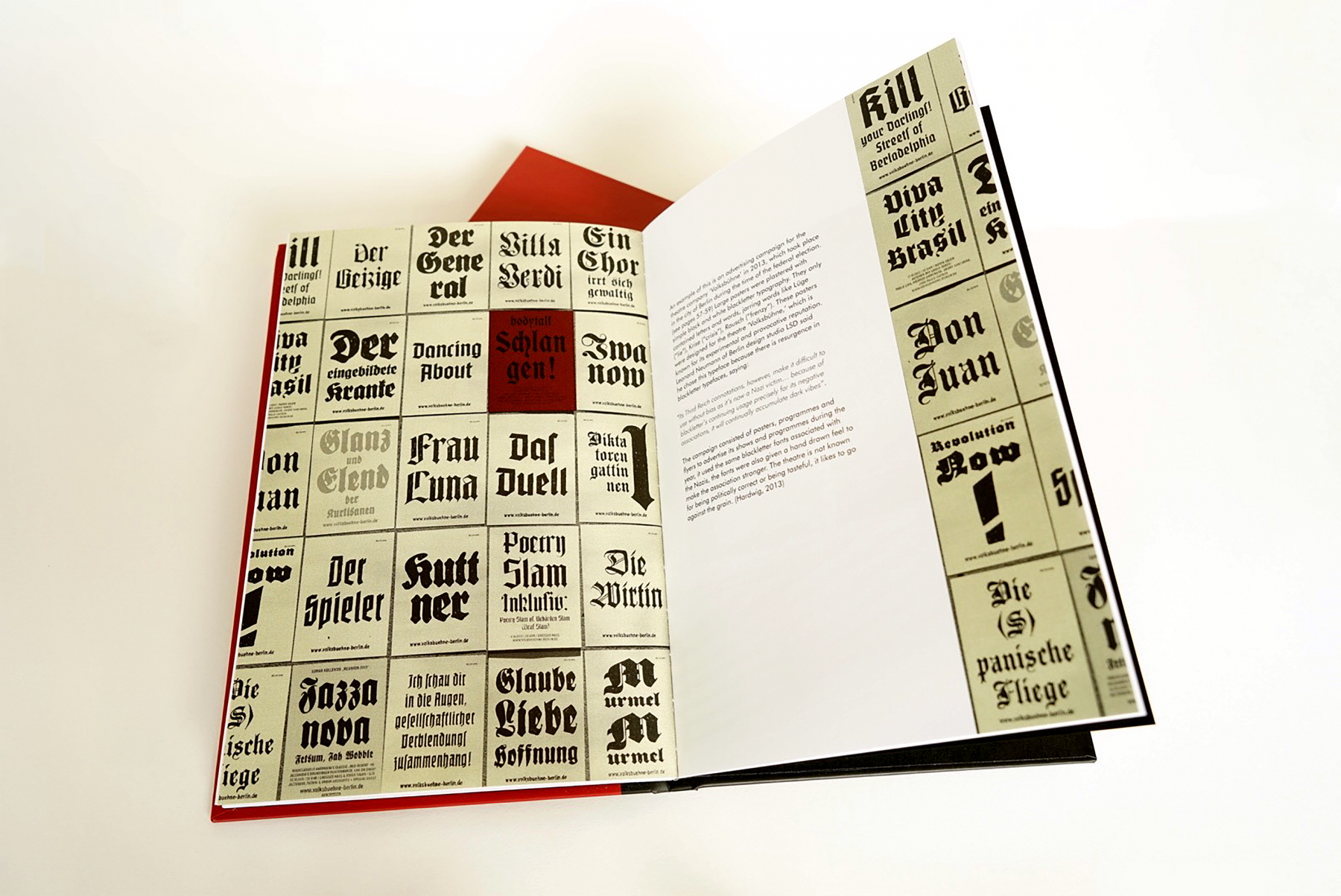