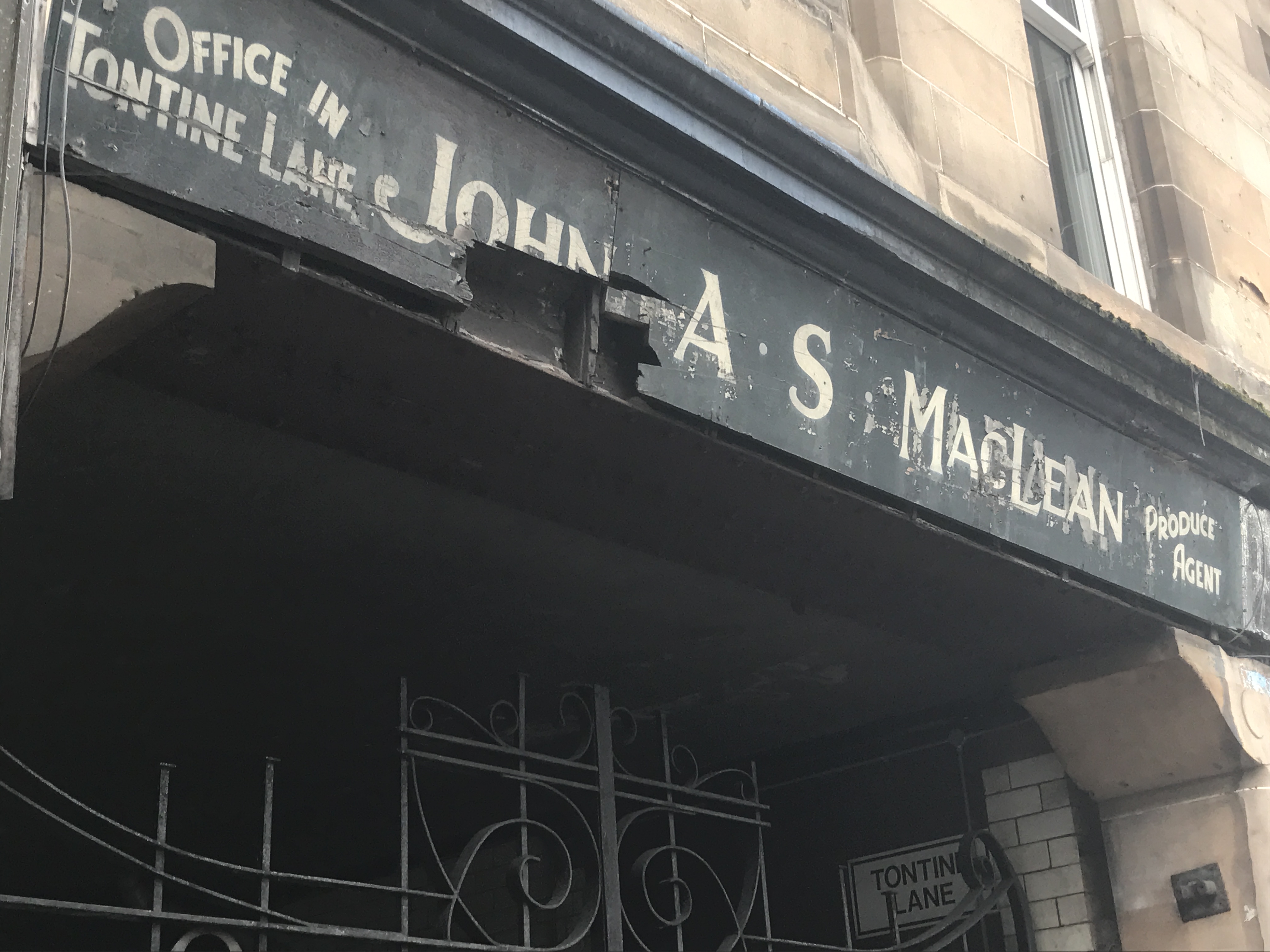 Tontine Lane entrance off Bell Street, has a glorious remnant of a past era,”John A.S. MacLean – Produce agent.” Ken Smith wrote on (06/15) in the herald sun Glasgow, that Tontine lane was named after the Tontine Pub in the eighteenth century. There are plans to rejuvenated the laneway with pop up bars and eateries in the future.