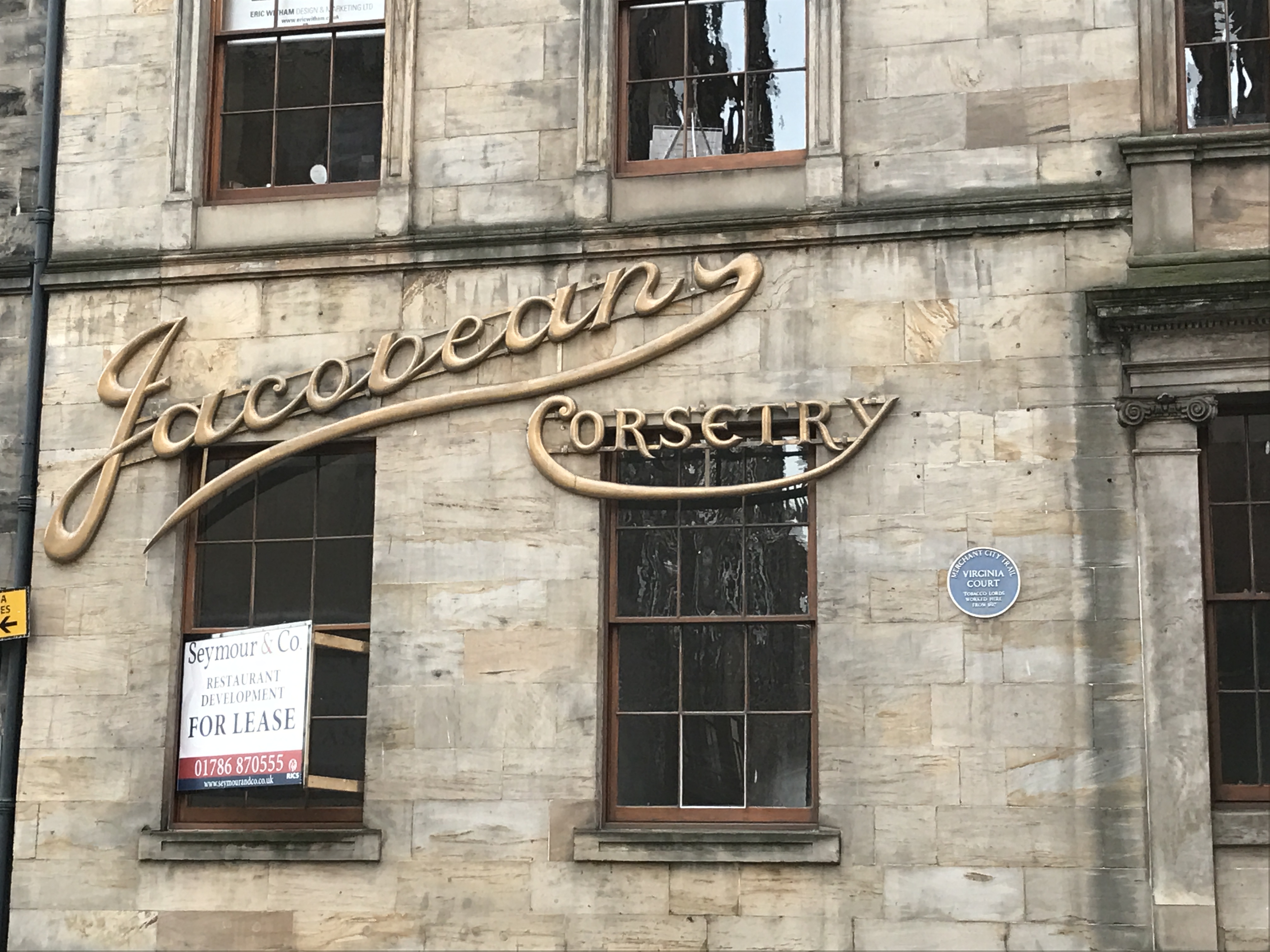 I get inspired by typography as I walk past this building each day. The Jacobean Corsetry sign was created in 1946, the shop front has become a landmark due to its distinctive hand-crafted gold script sign in Virginia Street. The property dates back to 1817 and has been named the Jacobean Building, in honour of the shop which closed its doors in 2000. In its heyday the Glasgow store employed 15 people and distributed more than 30,000 corsets a year to 500 shops nationwide. Business was still booming until the late 1980s, but declined after then.